How New is Modern: Circling the Square

How New is Modern is an upcoming exhibition sponsored by the Rocky Mountain Quilt Museum in Golden, CO. The exhibit will showcase 38 modern quilts made by members of the Denver Metro Modern Quilt Guild. The quilts represent modern interpretations of traditional quilts from the museum's collection and I'm thrilled Circling the Square will be one of the quilts included in the show. 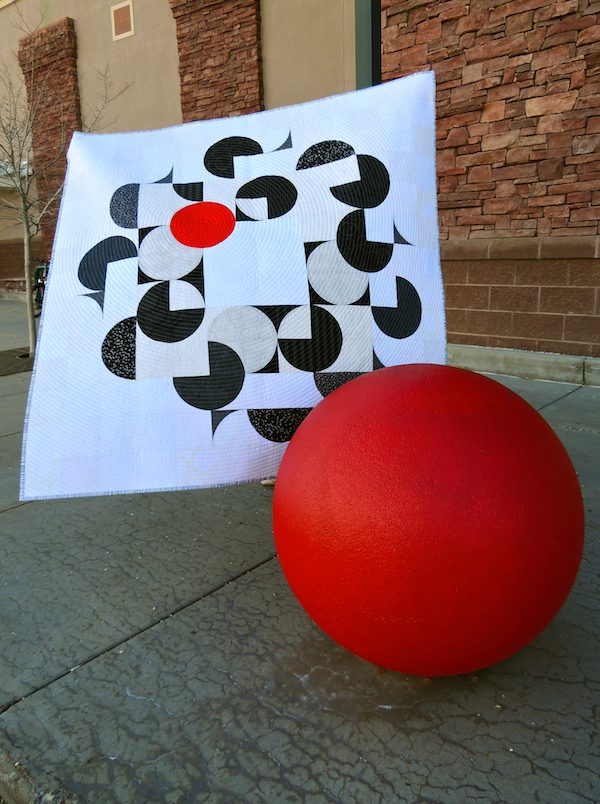 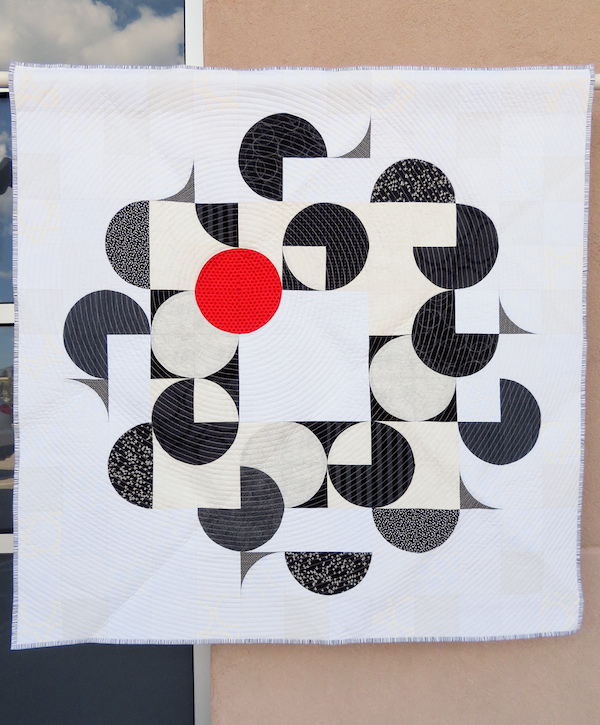 Today I thought I'd share how this quilt evolved by sharing parts of an earlier post about my design process.

The project began by playing with the traditional drunkard's path block. My early explorations were primarily based on the positive shapes created when quarter circle units are combined into larger shapes. As I played, I began to focus on the use of negative space. Three quarter circles creates a square negative space. One quarter circle can look like a bite taken out of a larger square. Just look at all the interesting negative spaces in the example below. 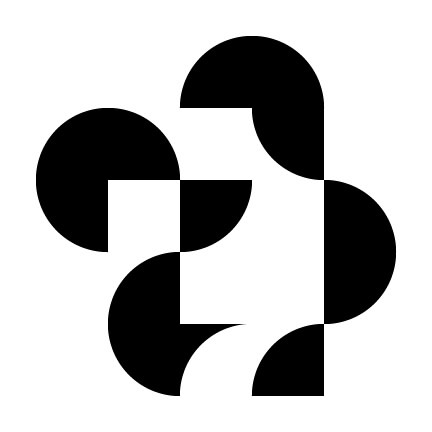 I started my explorations by creating a palette of basic shapes in Adobe Illustrator. A single quarter circle. A half circle. A 3/4 circle. Then I duplicated each shape and rotated them to give me a variety of orientations. Once I had my shape palette, I started to play around with placement of the shapes while paying close attention to the negative spaces that were created.

Creating negative squares from positive circles really intrigued me so, with this concept in mind, the name Circling the Square was born. I don't know that I've ever named a quilt while designing it but in this case the name spoke to me. It helped to clarify the concept and began to influence my design decisions.

Early on I tried quarter circles coming in and swirling around until they created a square of negative space in the center. Very interesting but not quite what the name implied to me. Maybe I'll pursue this idea down the road. 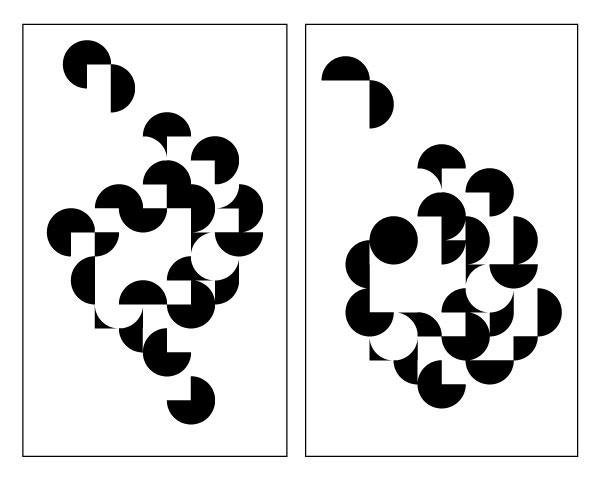 Then I began to focus on the circles forming a mass with the square at it's center. This was closer to what the name implied but it wasn't quite there yet. 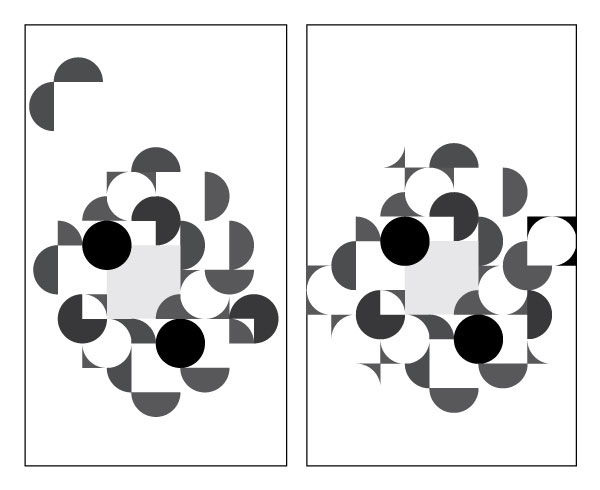 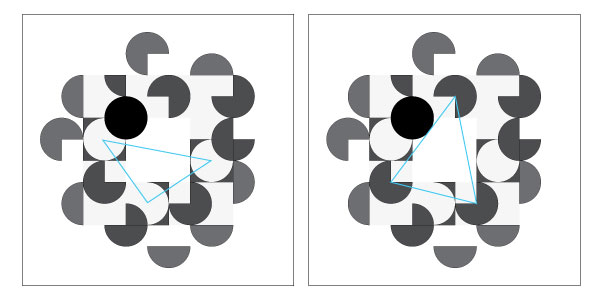 As you can see in the illustration below, I tried using red for the center square. It seemed like the natural place to use color. The effect, however, was that the red square became a positive shape rather than a negative space. There's nothing wrong with this except it wasn't what I was trying to depict. My intent was the creation of a negative square formed by the circles. Removing the red, as in the second example, returned the square to it's negative space but the design needed color. By placing the red in the only full circle in the entire layout a focal point was established. It gave the eye a place to start the journey of the circles swirling around the square.

Once I settled on color placement, I explored the finer details of the arrangement. The addition of little black arcs around the outside activated the circle. Take a look above at the far right illustration and then the illustrations below and you can see how the composition feels more active. I started with three (below left) and decided on six (below right). 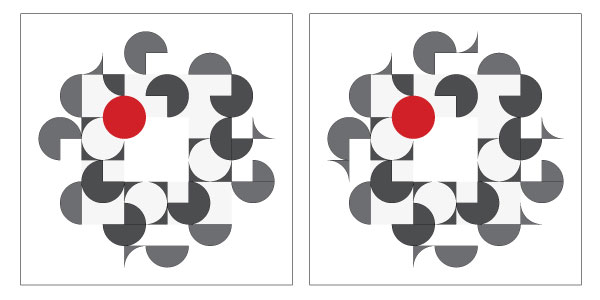 Another refinement was in the small negative squares that come off the large central square. I felt the small squares (below left) diminished the effect of the large square. It didn't quite read as a single large square in the way I intended. Next, I tried changing the small squares to quarter circles (below right) but this didn't quite work either. Now the center square looked like it had three little wings. This arrangement also introduced a new shape to the black 3/4 circles that didn't really like. 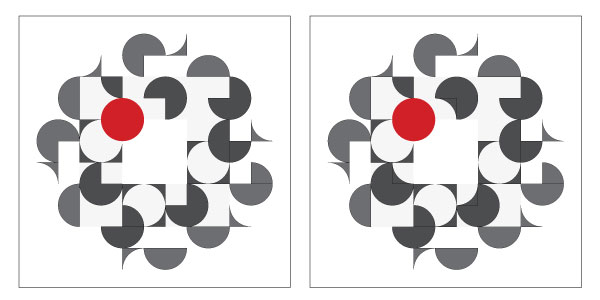 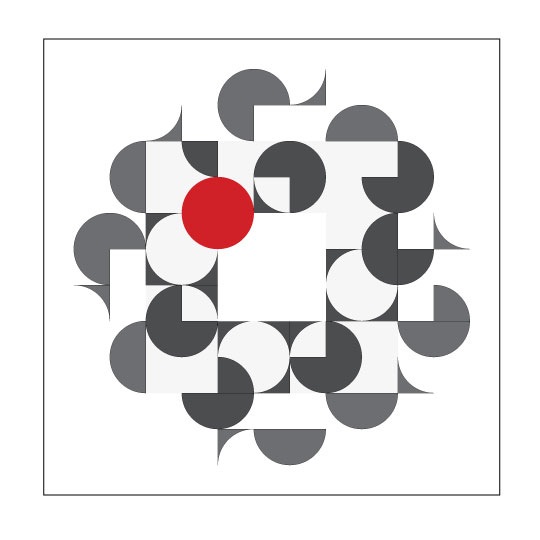 While I work out a lot of my designs in Illustrator, many of the finer details happen on my design wall. The placement of the final black arcs and refinement of the center square all happened on the wall. I also auditioned fabrics on the wall. I used tone-on-tone prints for almost all of the circle shapes and for all the negative areas except the center square which is a solid. I'm quite happy with how this design evolved and developed.

I quilted it with a giant spiral starting from the center of the red circle. Red thread was used in the red circle and then I switched to a very light gray for the rest. Can't say that I'd want to do spiral quilting on anything larger than this. The final size is 52" x 52" which is about the max I can imagine turning around and around and around under my short machine arm space. 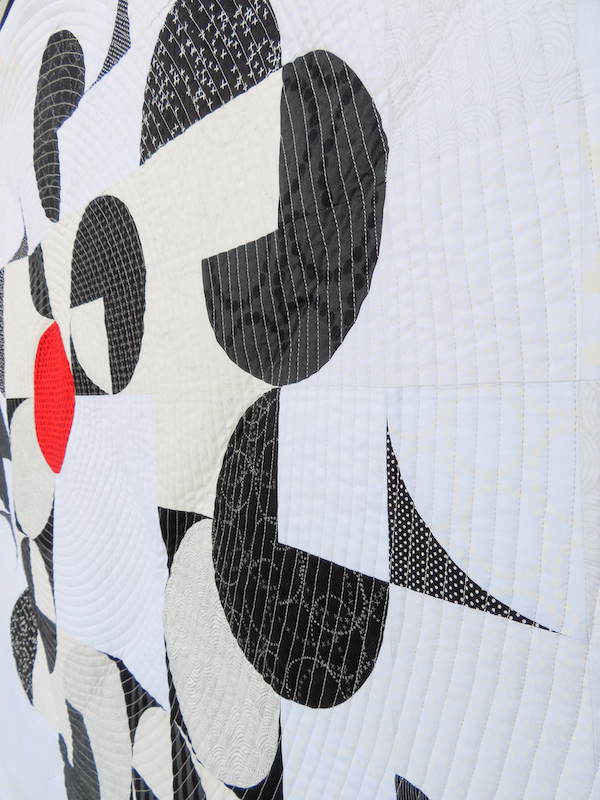 I hope you enjoyed this glimpse into my design process. My graphic design background leads me to a more controlled approach to my work but not everything is predetermined. It's a back and forth between computer and design wall. Sometimes even a rough sketch on paper.

If you live anywhere near Denver or will be visiting the area, you really should check it out. It's going to be a fabulous exhibit of modern quilts. Learn more about the Rocky Mountain Quilt Museum by visiting their site. Come see the quilts and learn about modern quilting.