One of the quilts I will get to see is my very own "Rhythm & Blues" which was accepted as part of the Modern Quilt Guild Showcase. I feel very honored that it was chosen to hang along side all the other creative quilts that modern quilters are making all around the world. The whole Modern movement is really making headway into more traditional venues and best of all is introducing many new people to the joy of quilting.

At the last minute I decided to make a market tote bag, a business card holder and a lanyard.

Finished the tote bag today and love how it turned out. I used this tutorial by Monica Solorio-Snow of Happy Zombie. It's a great bag with 6 pockets on the outside. I altered it a little to fit my needs by making it bigger. Figured I would need more space for all the lovelies I hope to fill it with at Sample Spree. Now if only I could fill it with extra $$$ first so I could buy more.  : ) 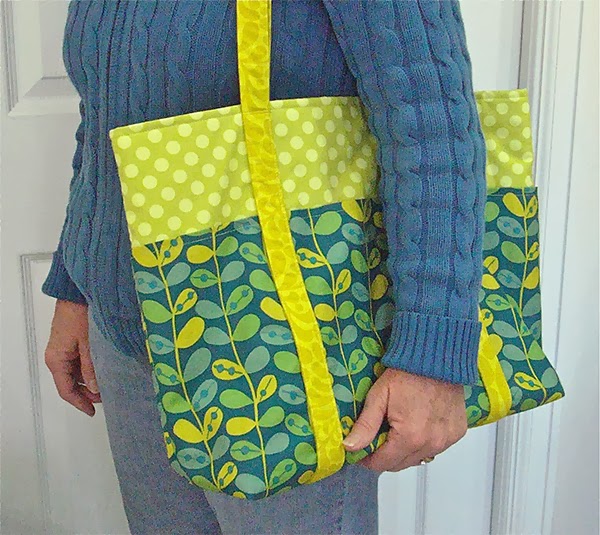 Tonight I plan to make a business card holder for all these. I finally got real, official business cards printed up. They arrived yesterday and I'm pretty happy with how well they turned out although they are very very slick. I splurged and had a photo of my Cascade quilt printed on the back. This pattern is my best seller and still one of my personal favorites. 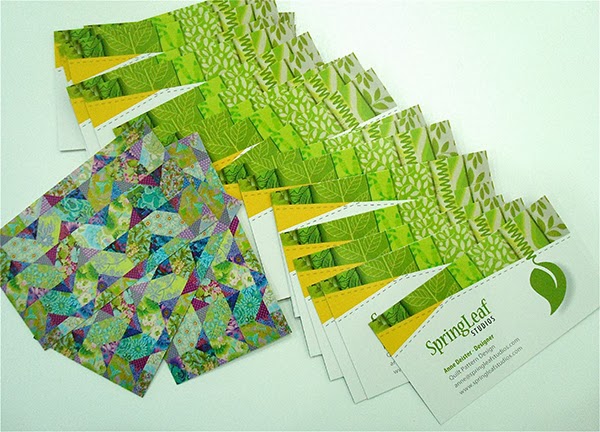 We'll see if I get the lanyard done. Jennifer at Ellison Lane recently had a nice little tutorial on making a double sided version that prompted me to think about it.

So these are my main WIPs for this week. Linking up with Lee at Freshly Pieced for WIP Wednesday.

While I'm at Market, I plan to soak in all the inspiration. I'm prepared to be totally overwhelmed. And I hope my new comfort shoes will actually be comfortable.  haha . . . I can hope right?

If you're going to Market, I'd love to meet you. I'll be at the Modern Quilt Guild Meet Up Saturday evening. If not, I'll be posting next week about my Market experience. Stay tuned.

Posted by Anne / Springleaf Studios at 8:57 AM 10 comments: Links to this post

I've been asked to join an art challenge group called Four-in-Art. Elizabeth of OPQuilt was so inspired by seeing the quilts made by the Twelve by Twelve artists that she posted on her blog wondering if anyone would want to make little art quilts with her. The group originally began with four members making four small art quilts a year based on chosen themes. Each quilter creates their own interpretation of the theme and the quilts are shared via blogs and Flickr. After their first year they decided to expand and I jumped at the chance when Elizabeth asked.

I've kept a sketch book of quilt ideas for years. I've poured over art quilting books for years. Have I actually made what I would consider an art quilt?  Nada nope . . .  not yet. But thanks to Elizabeth and Four-in-Art that's about to change.

The overriding theme for the coming year will be Urban. Now that in and of itself will be a stretch for this small town girl. I am most definitely not a city person and have no desire to be. But the first topic within the urban theme is Maps. Maps I can do. I love maps. Have a whole box of old maps. Love aerial views too. Have a book on aerial views from space. So this first topic will be a great place to begin my art journey. The hard part is trying to decide what approach to take.

With aerial views in mind, I started by pulling some fabrics that might work with my idea. 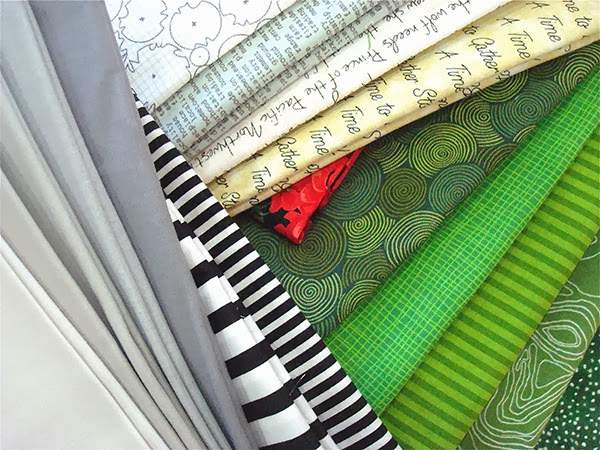 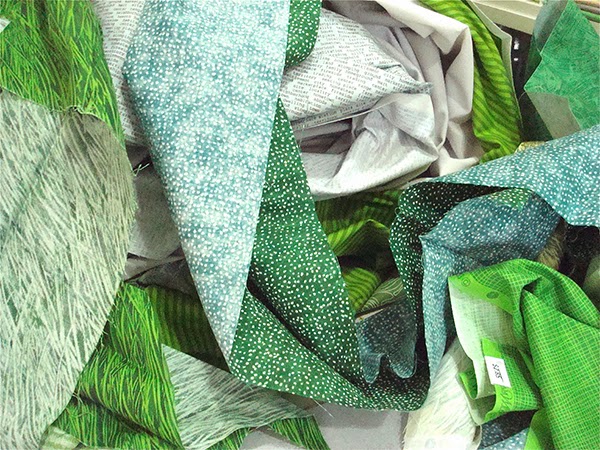 Then I started sewing and things began to look like this . . .
Notice the seam ripper. It got put to good use. 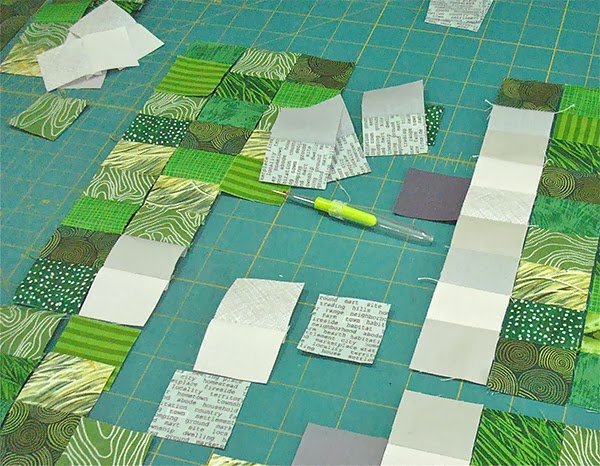 I'm linking up with Lee's WIP Wednesdays. Since the reveal for our finished art quilts is quickly approaching, this is a WIP that needs to get done pretty soon. Tune in November 1st and see how my first "art" quilt turned out. I can't wait for the first reveal to see what everyone else did.    : )

Posted by Anne / Springleaf Studios at 9:16 AM 8 comments: Links to this post 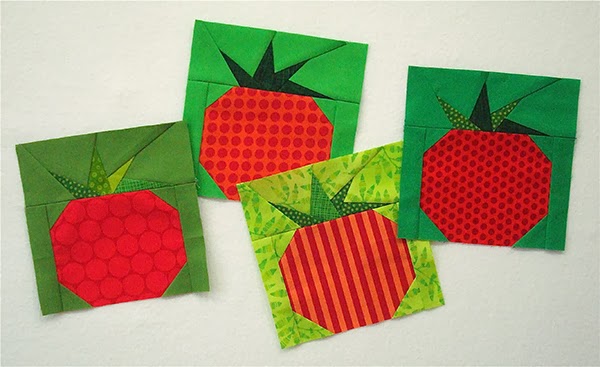 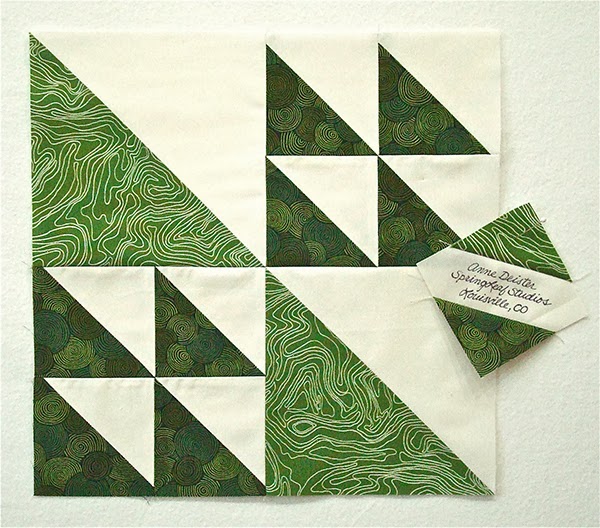 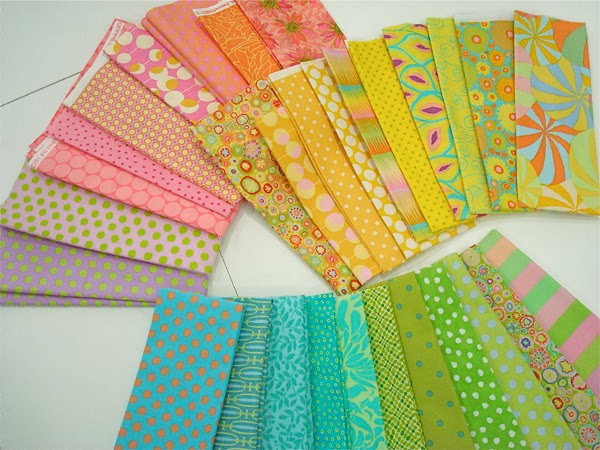 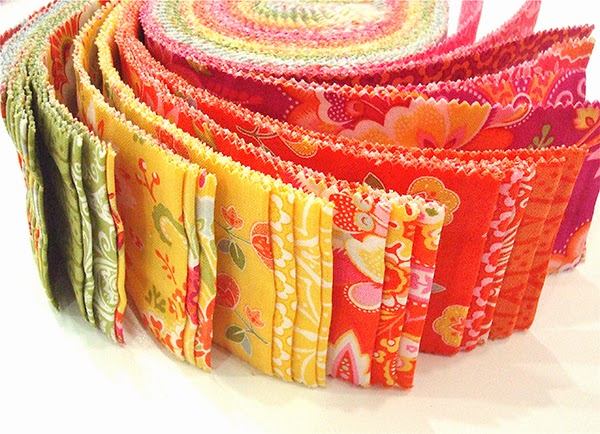 Posted by Anne / Springleaf Studios at 9:01 AM 17 comments: Links to this post