I'm back today with Part 2 of my Quilt-As-You-Go overview sharing the second of five methods I presented to the BoulderMQG at our September meeting. You can see Part 1 here if you missed it. 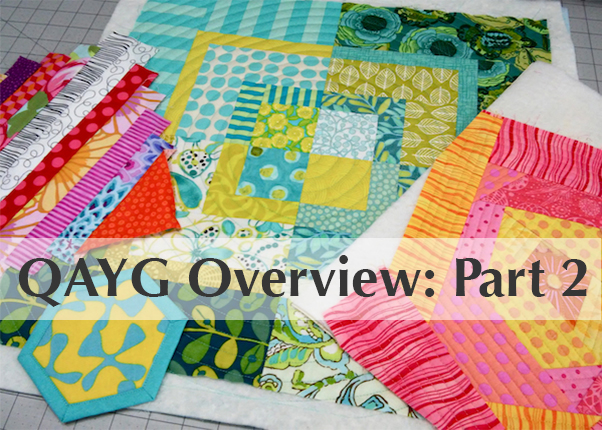 Another way to QAYG is to make quilt blocks as you normally would and then, before sewing the blocks together, each block is quilted individually. Once the blocks are quilted, they are joined together to make the top. The top is then layered with the backing fabric and minimal quilting lines are added to hold the layers together. This also works well to join blocks made using the Stitch and Flip method I reviewed in Part 1.

In the sample below, the string blocks were made using a Stitch and Flip method with strips of fabric sewn directly to the batting. The blocks were then sewn together as usual and the backing was added with minimal quilting along each seam line to secure all three layers together. 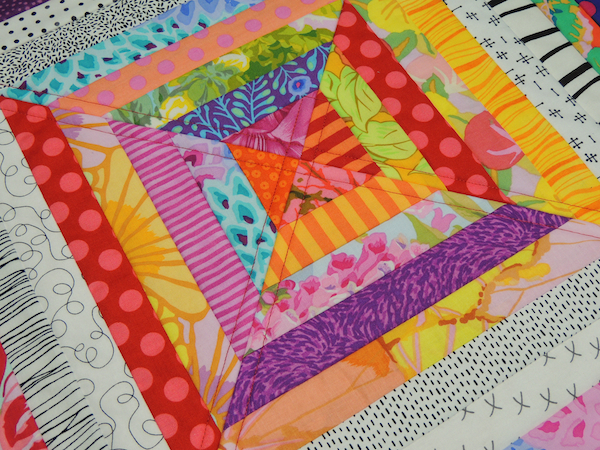 The end result of this method is minimal, visible quilting on both the front and back because all you see is the straight lines along the major seams that secure the backing in place. If you would like more quilting detail in the blocks, you can add it before the backing is attached.

When sewing the quilted blocks together, it can be helpful to grade the ends of the seam allowance to reduce the bulk. 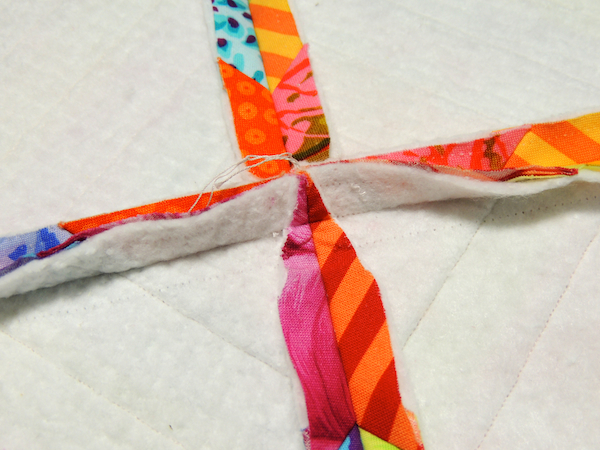 Virtually any quilt could be done using this method but some are better suited than others. I would use caution with blocks that require a great deal of seam matching because the extra bulk of the batting can make matching the seams more of a challenge. Not impossible though. Good choices are string blocks or long sections of string piecing.

Something to consider is that the seam allowances can show through your backing so choose the backing fabric carefully. You can see below how the seam creates a slightly darker shadow under the yellow fabric. 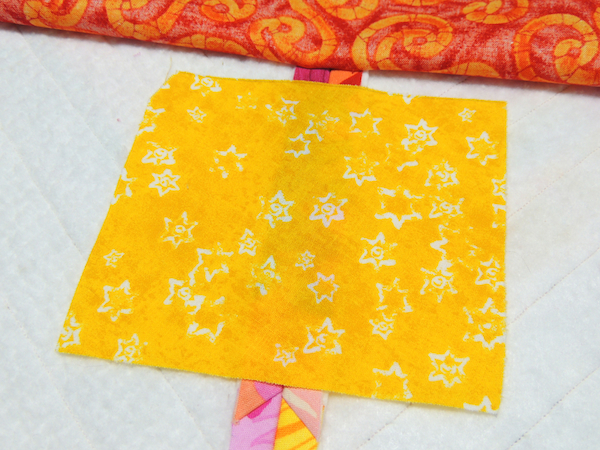 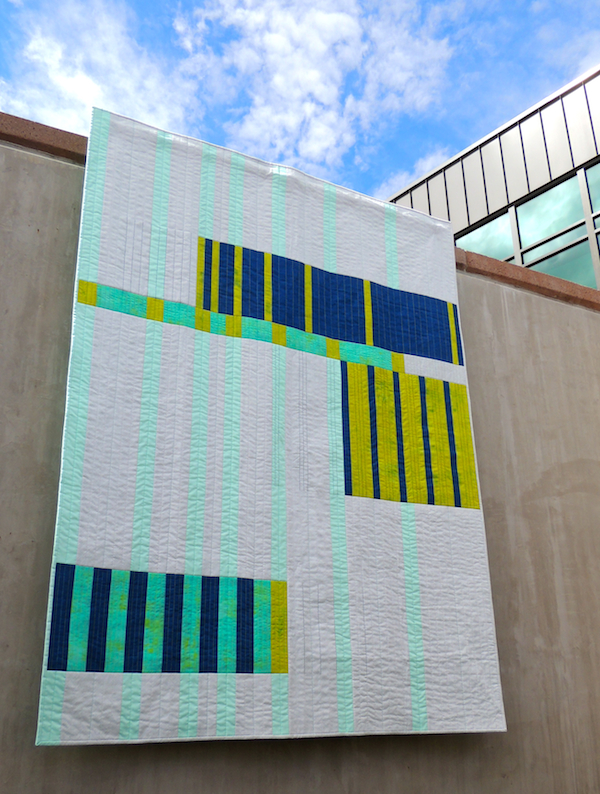 When I made this quilt, I hadn't planned to QAYG. It was a decision made after the the panels were sewn. There was a lot of seam matching and it worked out fine. In retrospect, there were a few things I would have done differently. I would have added even more quilting, used slightly wider seams for the panel joins so the seams would feel more secure and used a busier backing fabric. Due to the way this design was quilted, I didn't quilt along both sides of the major seam joins. Without this quilting, the bulk in the seams wasn't held down and created ridges on the back. Just something to keep in mind. Wider seams are more easily pressed flat and quilting along both sides of the seam helps keep the seam flat minimizing any ridges on the back.

I'll be back tomorrow with Method 3: Block by Block with Joining Strips. In the meantime, check out my QAYG Pinterest board for pins of these and other tutorials on QAYG methods. I also have pinned quilts that I thought might work well with each method.