I'm back with Part 5 of my Quilt-As-You-Go overview sharing the final method I presented to the BoulderMQG at our September meeting. Don't forget to take a look at all the previous posts too. 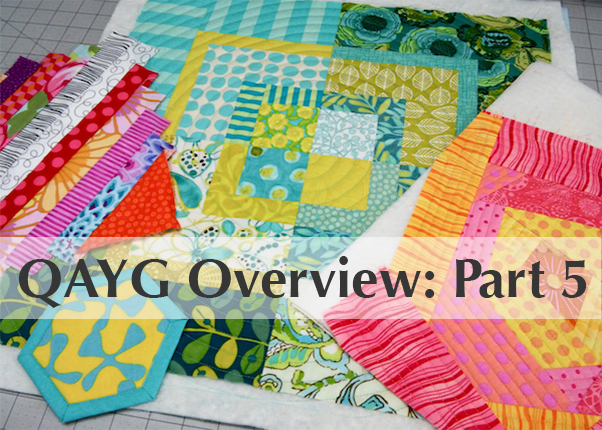 The last QAYG method I’d like to touch on is what I’m calling Self Binding. It’s basically done on a block by block basis by layering the block, batting and an oversized piece of backing fabric. Once the quilting is done, the backing is double folded over to the front to create a finished edge similar to binding.

I found tutorials for both hexies and squares that share a similar approach. 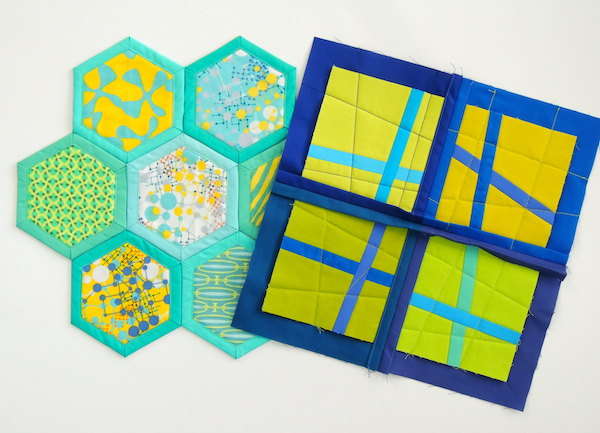 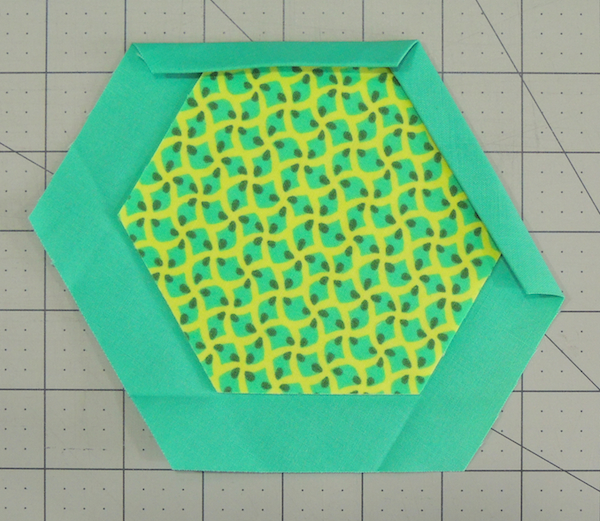 Once all the backing is folded to the front, you can stitch the binding down with machine top stitching, hand stitching or big stitch quilting.

For a larger hexie project, join multiple hexies by hand or with a decorative machine stitch that crosses over both edges to join the sides securely. 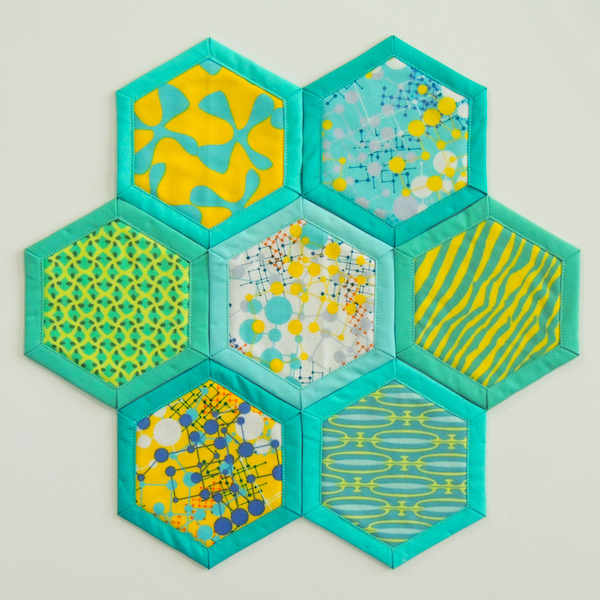 I liked this approach for making the hexies and think it's a great way to make hexie coasters. It would be more of a challenge to make a whole quilt this way but it has been done with beautiful results. See the Pinterest link below for more examples.

I used this tutorial for the above sample.

Basically the same method can be used for square or even rectangular blocks. The block and batting are cut to the exact same size with the backing fabric cut 1" bigger all around. Next, center the block and batting directly in the middle of the backing. Quilt the block as desired but do not quilt into the excess backing around the edge. Notice that I did quilt out to the edge on a couple of the blocks to see what would happen. That extra quilting shows in the binding when it is folded over. In retrospect, I think free motion quilting might be a better choice for these blocks as I found it hard to stop the quilting right on the edge. 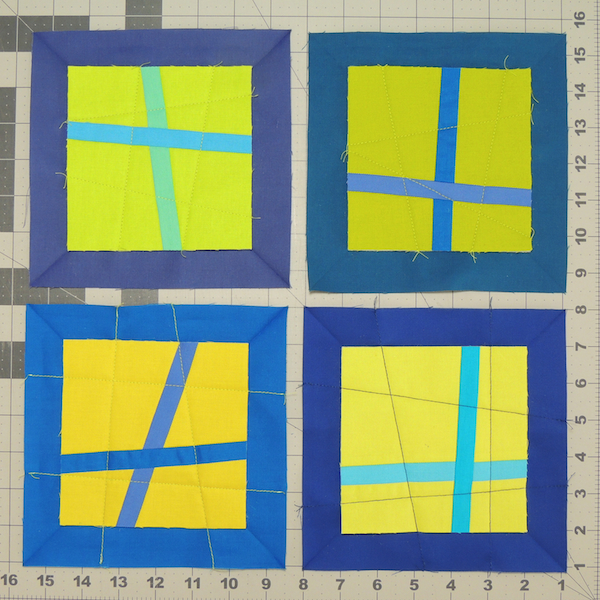 Once the blocks are quilted, they are joined by placing two blocks back to back and sewing the backing only using a 1” seam following right along the edge of batting. A zipper foot is best for this. The blocks are sewn together into rows and the backing is double folded over to the front and top stitched in place. The rows are sewn together in the same way and the backing is again double folded over to the front and stitched down. In the photo below you can see the left and right sides already joined and the binding folded over and sewn. The top and bottom sections are sewn but not yet folded over. 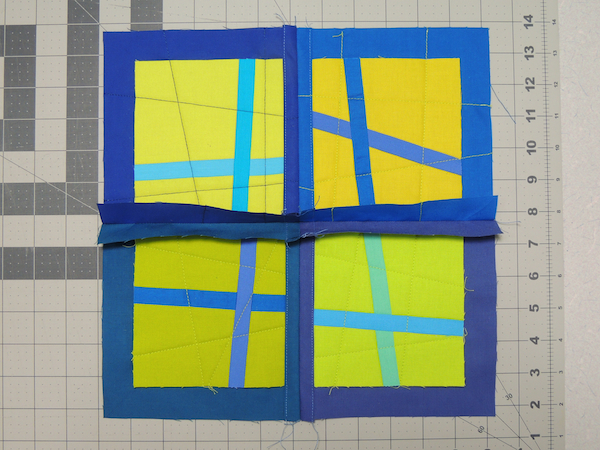 I am intrigued with what could be done with the square self binding method. It would need to be a design that included sashing as an integral part of the design. I might even explore making the sashing wider by using a larger piece of backing. That would require thinking through the block style so that the design isn't covered up by the wider sashing that is folded to the front. I have some ideas but probably won't be trying this method in the near future.


Here are two different tutorials that I referred to for this method.
This video by Jenny at the Missouri Star Quilt Co which features vintage centers instead of quilt blocks.
This video by Terry of Junction Fabrics with a technique called called Fun and Done.

Check out my QAYG Pinterest board for pins of these and other tutorials on QAYG methods.
I also have pinned quilts that I thought might work well with each method.

I'll be back one last time with a very brief summary that pulls all the links from these posts into one place for you convenience. Hope you've learned a few things and feel inspired to give QAYG a try sometime.

Posted by Anne / Springleaf Studios at 10:42 AM