Three posts down, three to go. Today is Part 4 of my Quilt-As-You-Go overview sharing the fourth of five methods I presented to the BoulderMQG at our September meeting. Go to Part 1, Part 2, and Part 3 to read the earlier posts. 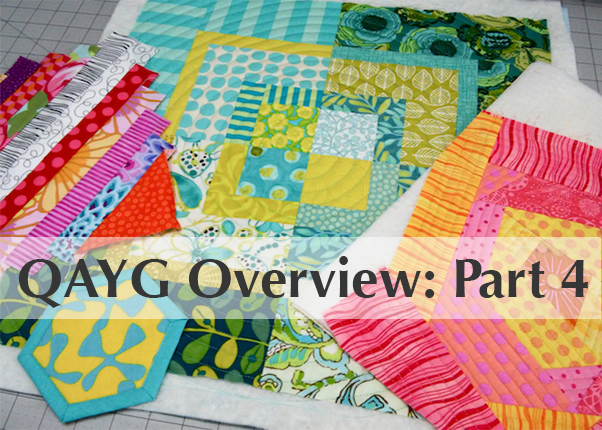 Method 4:  Row by Row with Backing

A QAYG technique that works well for larger quilts is what I call Row by Row. It would also work for quilts made from panels rather than blocks. There are no bulky seams from the batting and it doesn’t require joining strips.

This QAYG method can be used for almost any quilt. And the great thing is you can decide to try it even after your quilt is under way. Most of the other methods require making the decision to QAYG at the time the project is started.


The basics of this method are as follows.
Sew blocks as usual and piece together into rows. Do not sew rows together. Next, layer the first row with batting and backing and quilt. Include 2” extra backing and batting all around so you have something to hold on to while quilting. Here you can see the first row after quilting. Notice I didn't quilt all the way to the edge where the next row will be added. This is a crucial part of this method. 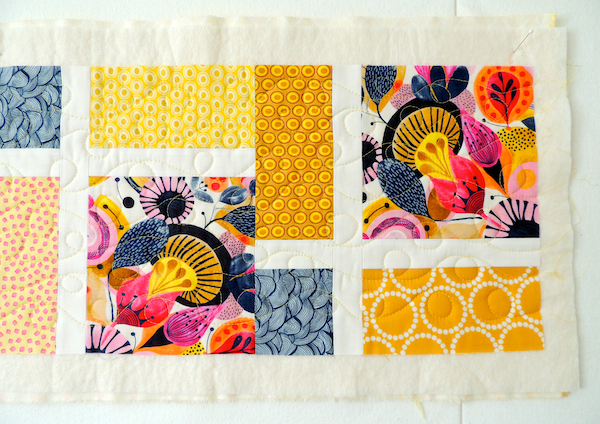 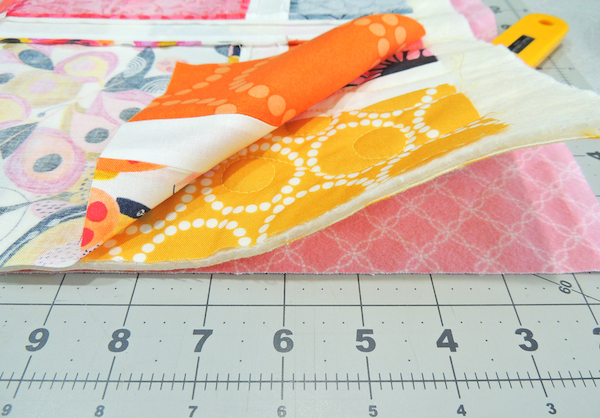 Next, fold the new row back and position a piece of batting on top of the new backing making sure it butts up against the batting from the first row. 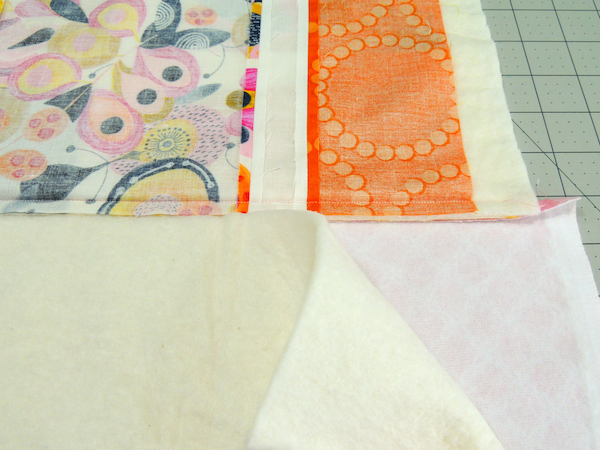 Fold the top back over the batting, fuse and continue quilting. Repeat the process until the top is done. The quilt grows row by row. 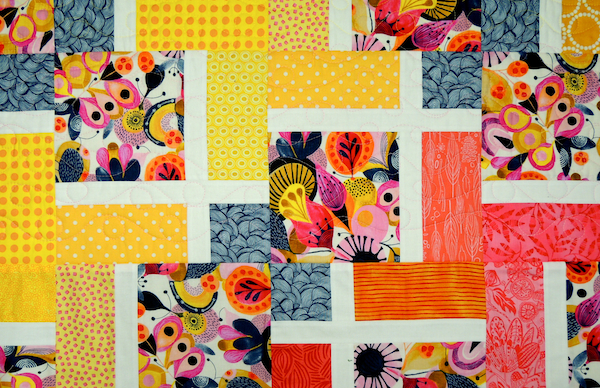 I know this all sounds a little complicated, but trust me, it's an ingenious concept. You never have more than one block's worth of bulk to the right of your needle at any time.

I used this tutorial by Candy of Candied Fabrics. It was an entirely new method to me and I like it for several reasons.


I will definitely be trying this method for future projects. For now, I need to finish the Disappearing 9-Patch that I used as an sample for the presentation.

I'll be back tomorrow with Method 5: Self Binding. In the meantime, check out my QAYG Pinterest board for pins of these and other tutorials on QAYG methods. I also have pinned quilts that I thought might work well with each method.