Catching Up, Getting Ahead

July was simply non existent around here in so many ways. I didn't blog, I didn't read many blogs, I didn't even sew much other than what had to be done. It wasn't a planned absence . . . but perhaps I needed the break. As of today, I've cleaned the studio, gotten a few things organized and am ready to jump back in. A workshop with Latifah Saafir is coming up in a couple of weeks. Technical issues on my patterns need to be solved, a submission needs to get written up and new designs are just waiting to become new quilts. One of those ideas just might involve these beautiful Kaffe blues. I have soooo many ideas. Wish I could just do them all. 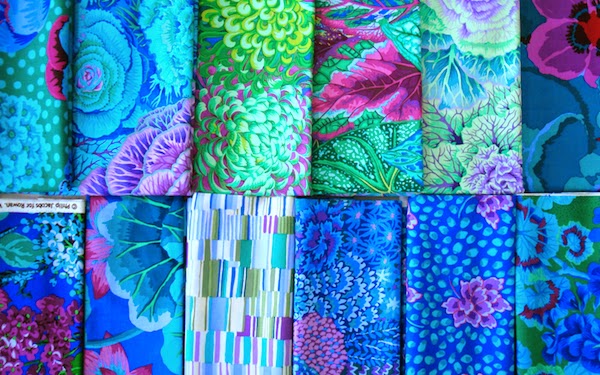 I'm also embarrassed to say that since joining two bees I have become the queen of procrastination. ok ok, I was already a procrastinator, the bee commitment just amplified the bad habit. Sigh . . . .

Almost without fail, I have waited until the very end of the month to get my blocks done. My only excuse is that I wanted to see what other bee members were doing before making mine so I wouldn't use the "wrong" fabric. We work from our stash in the Mid Century Modern Bee and I wanted to be sure my choices weren't too far off. In the Boulder Modern Quilt Guild bee, the fabric is provided, so I can't really use that excuse.

Anyhoo, this past month things really slipped as I didn't even get my block for Suz done in the month it was due . . . it was due in July and needed mailing to Australia. I finally buckled down and not only caught up but got ahead of the game. Feels soooo good to have both July and now August blocks done. WaHoo!!!!  Here they are.


Mid Century Modern Bee blocks:
The first one was for Suz of Patchwork 'n Play. She originally didn't want us to make anything for her since she was on holiday and wanted to give the rest of us a month off for the summer. (I took the month off anyway Suz) We talked her out of it so she asked for a star block of our choice in solids with a black background. I think she's going to have a very Amish style quilt when all the star blocks come together. I chose the Martha Washington Star and used this tutorial to make the 12" block. 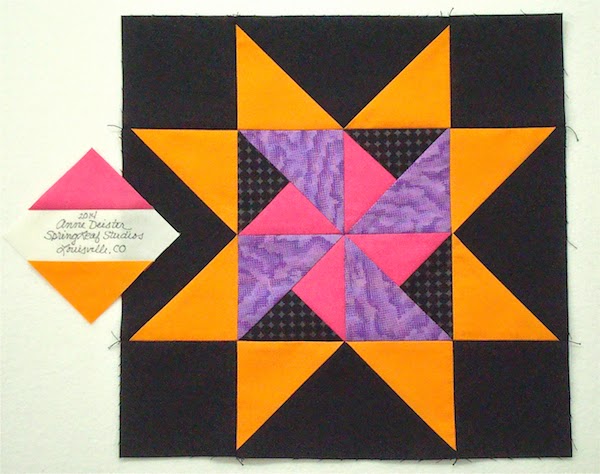 These sweet little blocks are for Mary of Molly Flanders.  Super simple HST units yet very fun when lots of prints are brought together. Mary wanted scrappy prints with light shades of blush in the background to set them off. Of course I had to throw in a touch of Kaffe. I work a bit of his prints into every bee block I can as a little reflection of me and my style. 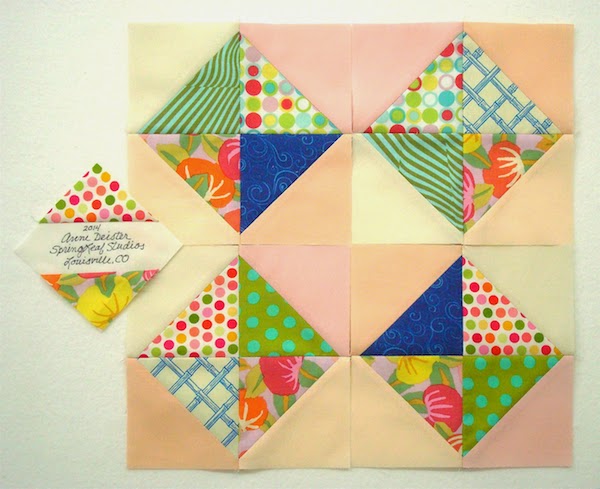 Boulder Modern Quilt Guild Bee blocks:
Various log cabin blocks for Cynthia using the blues, grays and greens she provided along with a few of my own fabrics. I love the unusual fabric prints in the mix. She dyes and prints a lot of her own fabric and they have a wonderful look. 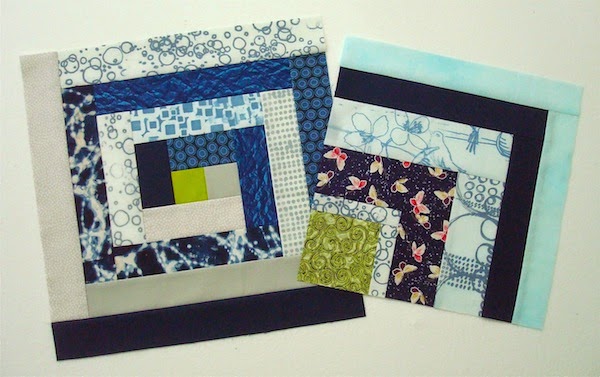 Next came a scrappy cross done for Denise of Every Hour Here. Denise is the queen of I Spy quilts which she makes on a commission basis so the scrappy style is so her. She's also a master scrapbooker and blogs about Project Life on her blog. 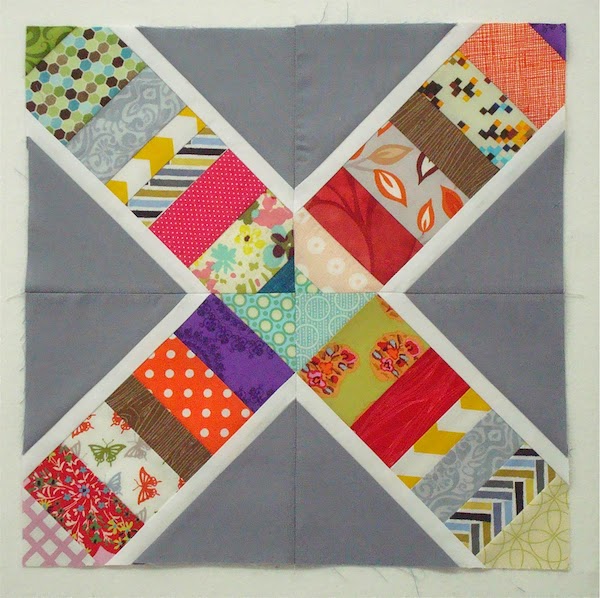 These off center log cabin blocks in solid yellow and gray are for Amanda. They aren't really due till September since we have no August sew day. Feels really good to have these done so early. 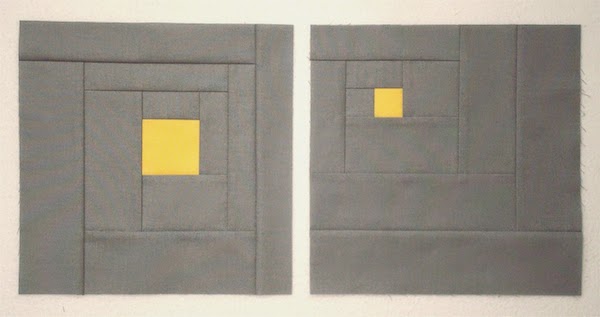 Well, that about does it. It feels so good to know I'm caught up and even ahead for this month. They have even been mailed.

My months are coming up in Sept and October for both bees so I think I'll have both groups do the same block and capitalize on getting more blocks for the bang. The hard part is deciding what to have everyone do.

If you do bees, do you have a hard time choosing a block? I have several ideas but can't decide. Time to narrow it down and make a choice. But I'll probably procrastinate that too . . .  : )

Adding my link to Amandajean's Finish it Up Friday.
Something went crazy with the Bloglovin link that I can't fix. I'm really not trying to beat you over the head to become a follower. Promise.