This post has nothing whatsoever to do with quilting but I hope you'll enjoy it anyway. Nature is always inspiring to me even if my quilts don't directly reflect it, so today I just wanted to share some nature photography in the form of wildlife sightings with you.

To start off, I must say this is not what we normally see in the backyard in the morning . . . 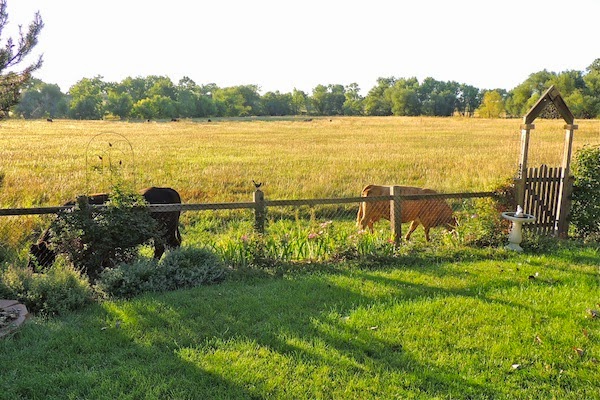 Yes, I know cows aren't wildlife, but when we found thirty plus cows grazing in the open space and four of them right behind our fence yesterday, it was kind of wild and crazy. Turns out the gate to the field was left open and they just found the grass a little greener on our side of the fence. Wish they could have stayed and eaten even more of the weeds.

The last few nights, we've also awoken to the sound of climbing on the tree just a few feet from our bedroom window. Peering out the window with a flashlight I came face to face with a raccoon looking back at me. She went on up the tree and then another . . . and another . . . and another. Mama coon and her three young ones all scampering up the tree. And each taking a turn to stop and look at me. They seem to be coming and going most nights shortly after we go to bed. Its not the first time we've had a family come round and they are so cute when they are little. Much better than the skunks that also like to wander across the deck at times. I could do without them.


In addition to the raccoons, skunks and an occasional deer, it's also very common to hear coyotes during the night. They roam the field hunting and when they all start howling in the middle of the night it's pretty unnerving. We sometimes see them trotting along the trail behind the house but thankfully they haven't come up too close. Some neighborhoods have trouble with coyotes and small pets.

There is also a domestic bunny gone rogue roaming the neighborhood. His name is Mustache and he escaped from a backyard across the street. They tried to catch him a few times and then gave up and now refer to him as a "free range" bunny. I think several people along the street are looking out for him with water and food. And for the first time we have several wild bunnies roaming around too. The little ones are so cute and tiny but destructive to the gardens and flower beds. 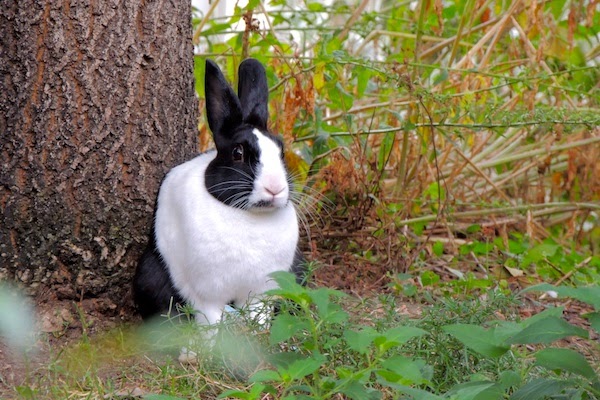 Of course we have lots of birds and it's always fun to watch the babies being fed. One year we had robins, bluejays and Downey Woodpeckers all nesting within a very small proximity to each other. This year there's been mostly baby bluejays and robins. A sweet little hummingbird has also been visiting the flowers on our deck from time to time. I feel tired watching how fast her wings go. 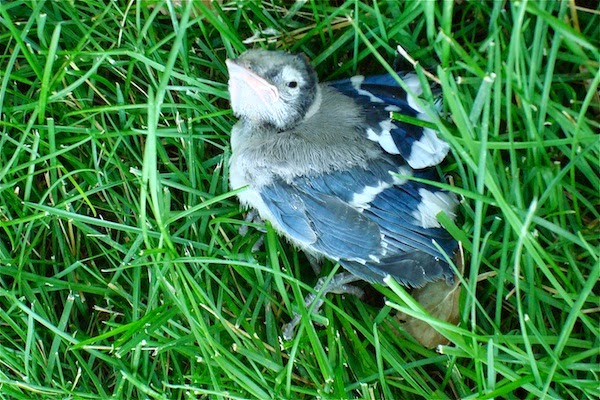 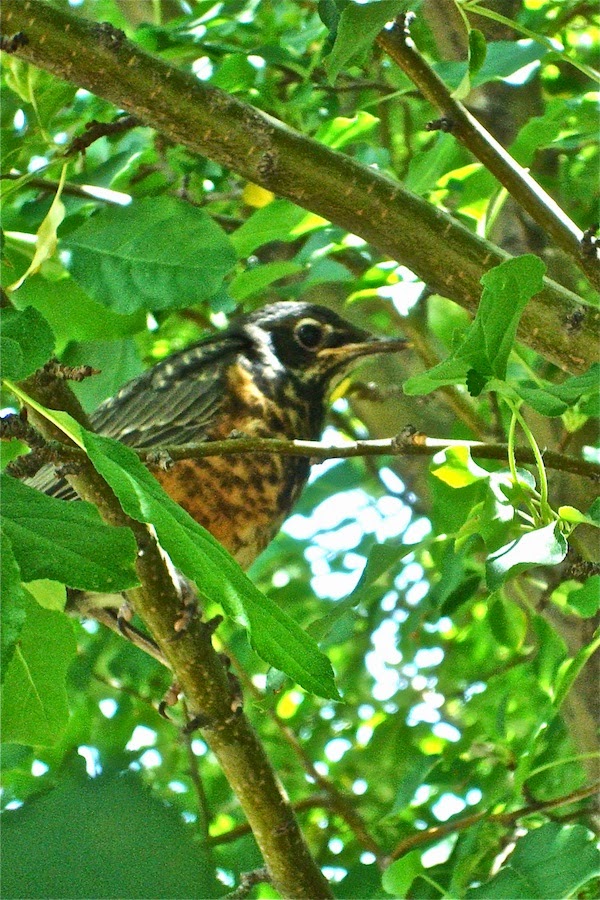 We usually have lots of squirrels too which are fun to watch but hard on the landscape and our cushions and umbrella. These pics are from a few years ago when we had three babies in the yard in the early fall-winter. We made a ledge right outside the kitchen window to feed and watch them. Our kitty Shadow found them quite entertaining even if she couldn't quite figure out how to get at them. 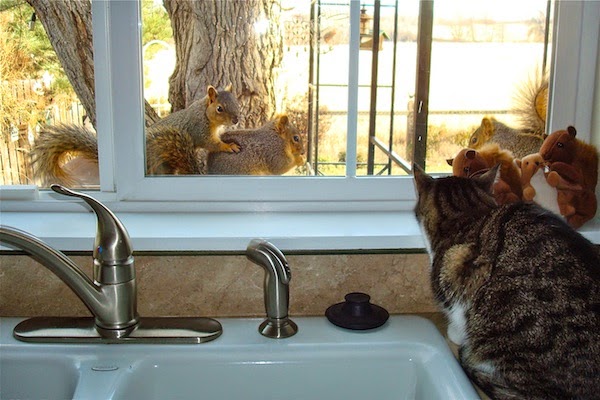 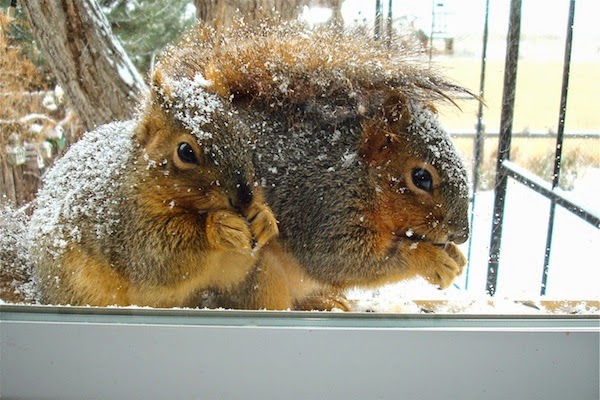 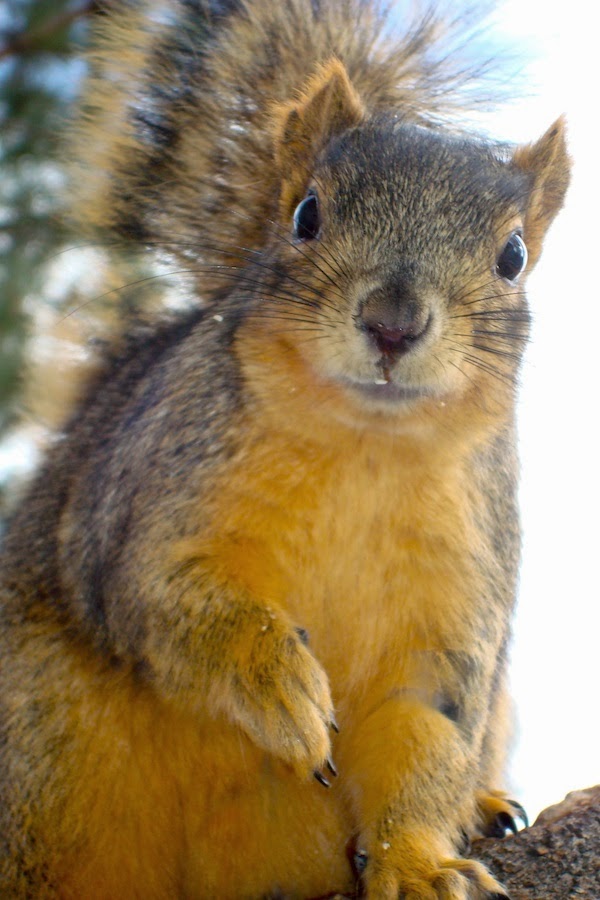 But probably the most fun wildlife sightings I've had over the summer have been the frogs. Yes, I said frogs. Every morning my daughter and I go walking and often take a loop around the city park near our house. The little pond there is THICK with American Bullfrogs. We have been able to see all stages of frog development over the summer. Early on there were lots and lots of tiny tiny tadpoles. Now the pond is full of froglets. Many with tails still fully visible. At one point earlier there were several males making their deep croaking calls. We even saw a couple of them wrestling. They looked like little Sumo wrestlers . . . chest to chest up out of the water trying to push each other over. Too bad I didn't have the camera with me. We recently got a new camera with a great zoom and I went a little overboard taking frog photos, so I'll end my wildlife post with a few froggie pics. Enjoy. 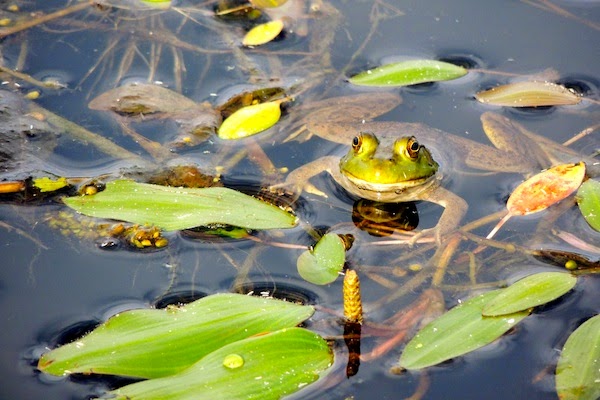 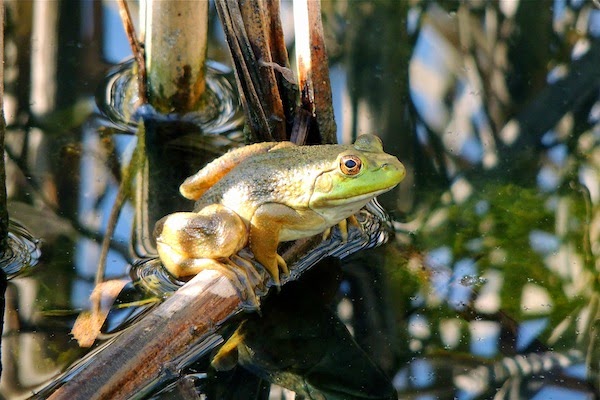 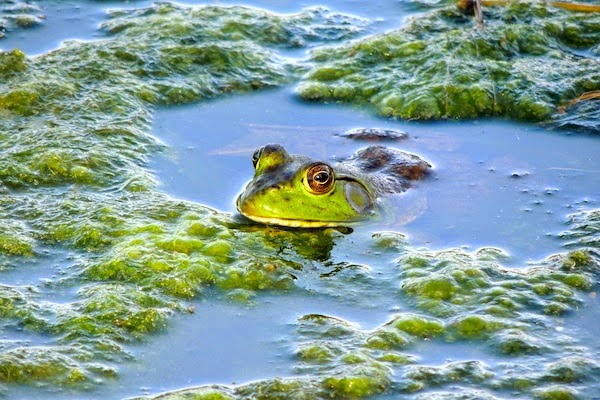 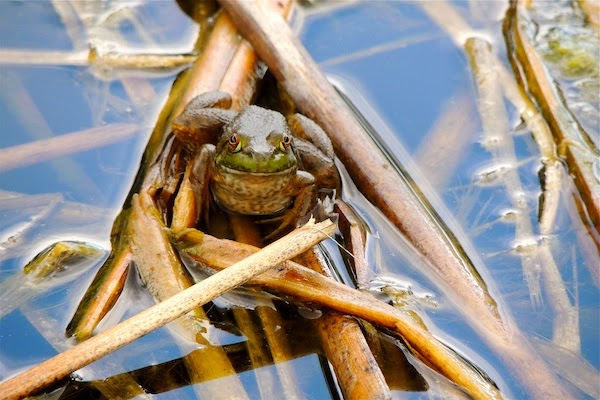 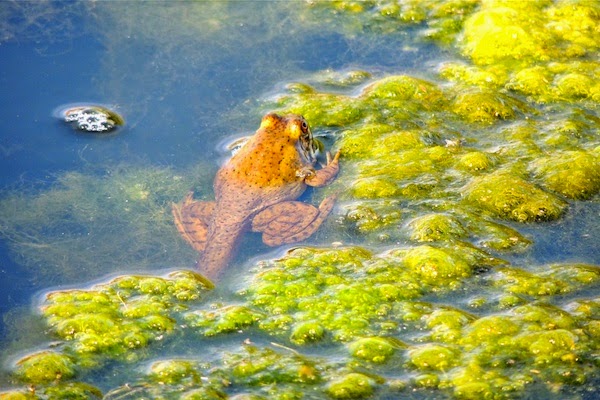 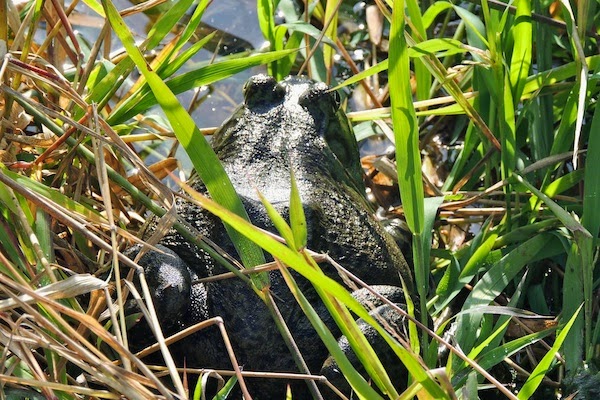 I'll be back soon with a more quilty post. Thanks for stopping by.

Email ThisBlogThis!Share to TwitterShare to FacebookShare to Pinterest
Labels: inspiration