The start of a new month and time for another Drunkard's Path block for the QAL. This is block #5. 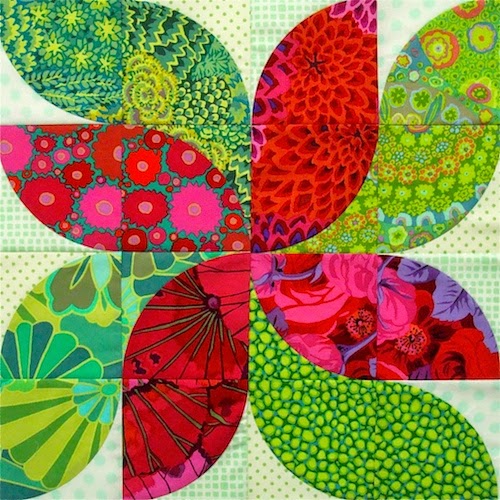 If you're playing along with me, give yourself a big pat on the back!!! You're halfway there now with five of nine blocks done for the QAL. Just four more to go and then it will be time for borders. If you choose to add borders that is. I'm still undecided and will wait until all my blocks are done before committing one way or the other. Right now I'm leaning toward this version. 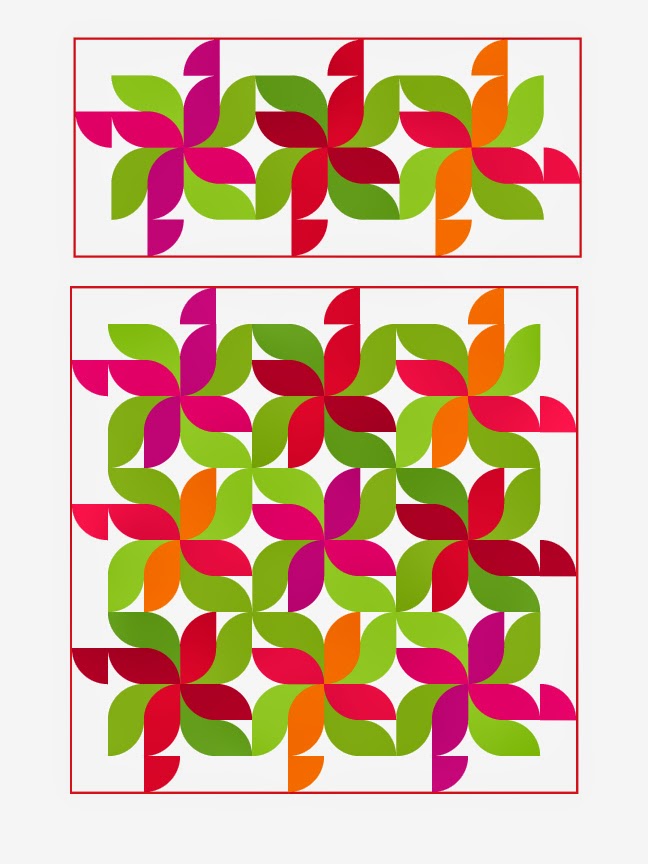 There are several good possibilities on how to handle the addition of borders. I'll address the border specifics in a later post as the time gets closer. For now though, be sure to check out last month's QAL post, Layout Ideas, to see all the other layout ideas in addition to the one above..

I've found that making one block a month has made this Christmas quilt seem quite doable. Otherwise I'd probably think about a Christmas quilt in November and never get started in time to finish for the holidays. I can definitely see a new Christmas quilt done by December. That's a good feeling.  : )

How about you . . . do you spread out the process? Do you have more than one project partially made at a time? I often have several projects in various stages at any given time. I don't usually stretch out the time when actually sewing the blocks though. Most of the time I do all (or most) of the cutting, then sew all the blocks, then piece the rows into the top.

Once I have a finished top is when the "stretching things out part" really starts.  I'm not known for finishing, finishing, as in a quilted and bound quilt. That's an area I'm trying to improve upon by participating in the Finish Along hosted by Adrianne of On the Windy Side. It's paying off too because I won a gift certificate from The Fat Quarter Shop during the first quarter finishes link-up. WaHoo!!!!

Linking up with WIP Wednesday at Freshly Pieced.
Also linking with Fabric Tuesday at Quilt Story.